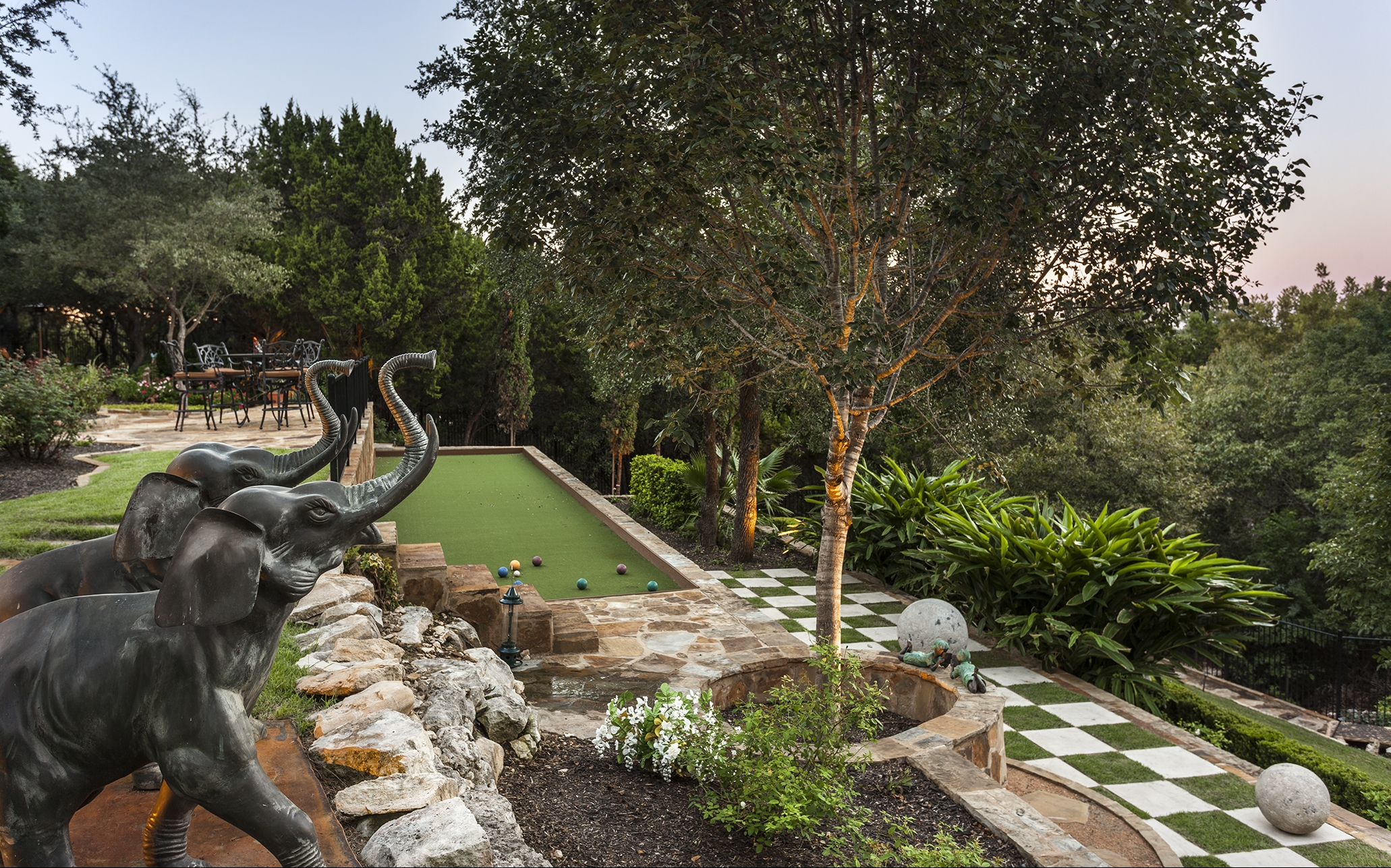 Chateau Terraza named after the palatial terraces of home and land. A home created for entertaining, yet allowing peaceful serenity of nature. Interior spaces were designed for comfort offering a classical feeling of formality and elegance. Elevated Views over Lake Travis highlight the setting from majority of interior spaces throughout to multiple patios and terraces.

Extensive landscaping was added to the park like setting grounds. Meandering stone paths and bridges lead to English gardens, patios and bocce court. The backyard, a retreat in itself, would be suitable for most community parks.

Vineyard Bay, well known as the original luxury Lake Travis community. Many desire to live behind the large walls and stately entrance gate. A community highlighted by large stately homes complimented by lush mature landscaping. Not to mention surrounded by some of the most beautiful and expansive shoreline Lake Travis has to offer.  It is obvious why the original visionaries and affluent homeowner’s chose the serine location of Vineyard Bay.